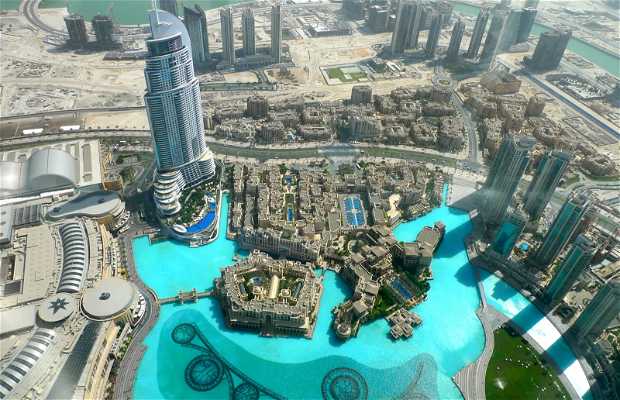 The tallest building of the world

This photo was taken in Dubai. In the middle of the image there is the Burj Kalifa, the tallest skyscraper of the world (828 meters), beating other buildings for example the Patronas Towels, Tapei 101 or the famous Empire State Building in New York.
Burj Kalifa is the most luxurious hotel in the world with 900 residences including studios, one-, two-, three- and four-bedroom suites. The residences are located on levels 19 to 108.
The construction started in January 2004 and finished six years later, in January 2010.
In front of the building there is a park with water features and eleven hectares of green zones. In the night there are shows in the water features.